skip to main | skip to sidebar

A Journey of Self Acceptance - Nia in Oprah Magazine 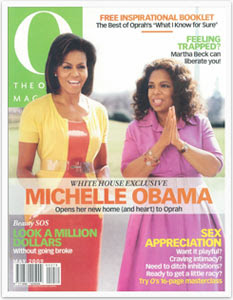 "When all I wanted to do was lie down, Nia was the inspiration to keep moving."
Kathy Wolstenholme


Michelle Obama may have graced the cover of the May 2009 issue of Oprah Magazine but in the "bodywise" section, one woman spoke about her experience with Nia exercise classes telling readers how Nia helped her overcome the negative self image feelings brought on by her severe acne and even helped her overcome breast cancer.

Kathy Wolstenholme began teaching Nia classes in South Africa in 2002. Her article is a sensitive one, sharing her feelings and experiences with Nia. She says, "Every woman has the right to feel proud of her body. And mine illustrates that dance is not just for the athletic or lean. It proves older, voluptuous women can access deep play through movement and music."

CLICK HERE to read this Nia article in Oprah Magazine.

Nia (pronounced "knee-ah") is a low impact / high fun group exercise class that has:
The stretch and stress relief found in yoga,
the muscle toning for hips & arms from martial art punches & kicks,
and the flexibility and freedom of dance are all combined into one incredibly fun Nia fitness class.

Request a Coupon for a FREE Nia Class.
Posted by Unknown at 1:39 PM No comments:

How to Keep Joints Flexible – a Key to Health & Longevity 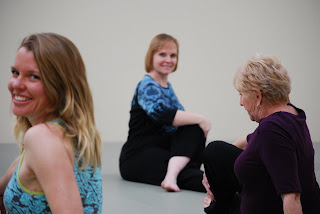 While many people have lost weight practicing Nia (a group exercise class pronounced "knee-ah") what I hear most is how people feel their joints open up, feel more strong and how they feel more flexible.

I also hear women talking about how they feel better about their bodies – some women even start to like their bodies for the first time. It isn't all about the abs, the cut, and the sweat with Nia. It is about creating a relationship with your entire body where you can move each part with ease. Nia is about building strength in your feet so that pesky problems stop preventing you from walking several miles on your vacations. Nia is about moving your body even though you've had knee problems for years. Nia is about listening to beautiful music and becoming inspired to find joy in the immediate moment. Nia is about having respect for your body, listening to your body and overcoming the challenges in your health and movement.

Each movement in Nia is based on decades' worth of study in exercise physiology. The routines are choreographed so that each move builds on the other. You begin each class by gently waking up joints and moving your entire body – including your toes, fingers, and head. Unlike a regular aerobics class, each Nia teacher is trained to listen carefully to music and add exercises that flow seamlessly with the rhythm. Their attention to the details in each song allows the Nia class to lose themselves in the music and even forget they are exercising.

Each Nia move has three levels of intensity so you can customize your exercise routine to your fitness level or even according to the amount of energy you have on a particular day. In Nia, the pressure is off and the pleasure is on. I think this is why many people are so committed to their Nia classes and do not let other activities get in the way. You feel so good after a Nia class – it is just too hard to give that up.

I invite you to learn about Nia. If you live in the south Denver metro area then please come try a Nia class for free. Don’t worry if our current Nia class schedule doesn’t meet your needs. We are getting ready to expand our schedule and will let you know when we have more classes.

Request a Coupon for a FREE Nia Class.
Posted by Unknown at 4:07 AM No comments:

The Effects of Music and Silence in Exercise

The Thirteen Principles of Nia (a 13 part series)
Principle Three: MUSIC AND THE Eight Beat Counting (8BC) SYSTEM
"The sound of music is one of the most powerful underlying creative forces in our universe."
–– The Nia Technique – White Belt Manual (teacher training manual)

Commentary by Julia Desmond,Certified Nia Instructor
There are many benefits to using music in a Nia class. The first benefit is that it gives the class a beat to keep movement together, allowing the group to move as one. Music also provides a melody giving every individual in the class a tool with which they can improvise their own movements. Music has been proven to help coordination and concentration. It can increase endurance, improve mental function and influence a body's energy level. However the most obvious benefit is that it makes the class fun!
Nia thinks of the whole body in terms of four realms, the Body, the Mind, the Emotions, and the Spirit. Music speaks to each realm in a slightly different way. The Body senses the rhythm of the music, the Mind tracks the sound, the Emotions generate an energy release which depends upon which emotions are triggered by the music and finally the Spirit translates the music into movement of the body. This process results in each class member's unique expression and creativity.
The 8BCs is a system of music notation that helps Nia teachers learn and create choreography. Each song is broken down into bars. A bar consists of 8 counts or 16 beats (1 and 2…). The bars are classified into the type of music being played, i.e. intro, verse, chorus, or instrumental-solo. The teacher's job is to overlay the choreography onto the musical bars. This helps the teacher quickly learn how the choreography fits with the music. The teacher can then use musical cues to recognize a specific movement and where movement needs to change. As a result, the teacher doesn't need to count repetitions of movement. The entire process frees the teacher to teach the choreography and be full present to the class at the same time.
Commentary by Allison FrederickNia Studio owner/operator
Each Nia class begins with stating a focus and intent of the class. This isn't the same as saying "today we are going to focus on abs." Instead, in Nia, we want to set an intention before class so that our mind and body workout together. If our mind understands what our focus is for the workout, it will tell our body to move in a way that best meets that focus. For example, Principle Three of Nia, described as music and counting the steps in music, the focus and intention is "to listen to music with the intent to develop an intimate relationship with all kinds of sounds, including silence." *
Moving and listening to silence may seem esoteric at first but practically, it is a time to use isometrics. Isometric exercises involve muscular engagement/contraction without outwardly moving a body part. The pressure of an arm against a wall or contraction of calf muscles still engage and build muscle even though the body isn't moving. Many isometric exercises involve smaller, supportive muscles. Pilates is one exercise discipline that incorporates isometric exercises.
Listening to the silence in music during a workout also gives you a chance to check in with your body. What aches? What feels good? Which muscles are tight? Are you lightheaded? Paying attention to what your body is telling you during your exercise routine is a key component of Nia. So often we ignore our bodies. We push through something painful. We indulge when our mind is warning us not to. When all is quiet we can finally hear what our bodies are saying so the pauses in music are the perfect opportunity to tune into our bodies. In our Nia classes in Castle Rock, we sometimes dance to a wonderful Beatle's song called "Because" from the Love album. The singing and music is broken up by relatively long periods of silence. Our Nia teacher, Julia, uses the unusual structure in this song to have us stop moving. While we are in a freeze position, we are supposed to stretch and listen to our bodies. Instead of a typical "no pain no gain," approach found in many other exercise programs, Nia demonstrates it's holistic approach to health and movement with a motto more like, "Ask, then Listen, have Respect, now Move."

More articles on The Thirteen Principles of Nia

Principle One: The Joy of Movement - "Joy is the primary sensation you should seek from all movement. If you momentarily lose joy, tweak your movement until joy again arises." *
Principle Two: Natural Time and the Movement Forms - "All of your Nia movements are done in your own personal, natural sense of time and include movements and energy from nine classic forms." *
Principle Three: Music and the BBC System - "Nia is practiced to the sounds and silences of music, using an eight-beat counting (BBC) system (1 - and, 2 - and, 3 - and, 4 - and, 5 - and...) to organize the movements." *

Article Coming Next - Principle Four: FreeDance"Anything goes movement-wise. Let go of structure.
Nia Principle descriptions are taken directly from the fitness book "The Nia Technique: The High-Powered Energizing Workout that Gives You a New Body and a New Life" by Debbie Rosas and Carlos Rosas.
If Nia sounds like something you would like to try, we invite you to take your first Nia class for free. Visit http://www.niafitnessclasses.com/ to request a coupon for a free Nia class.Do you have any questions? Please don't hesitate to contact us. Send us an email.

Nia classes in Castle Rock. Serving the south Denver metro area.
Posted by Unknown at 6:36 AM No comments:

combines the stretching and stress relief found in yoga,

the power and focus of martial arts,

and the fun and freedom of dance.

Thousands of women use Nia classes to keep in shape all year long.

Unlike many exercise classes, people who practice Nia tend to create a sense of community in their classes. Perhaps it is because Nia makes them too happy to keep to themselves.

Coupon for a FREE Nia Class

Click here for a coupon to a free Nia class.

No obligations - just come and have fun.

I've never been one to take a group fitness class but for some reason I tried Nia and then I was hooked.

Come find out if Nia is the right fitness program for you.

Send us an email. Or call at

Nia is gentle on the knees. 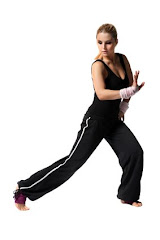 Learn to move your body and get a cardio workout without pounding on your knees and feet.

Nia's moves are gentle and deliberate so they nourish the joints rather than pummel them.

What is Nia? Click here to watch a Nia video. 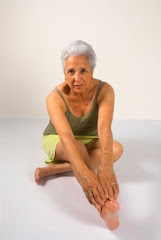 Take time to catch your breath, get a drink of water, or engage in mediative stretches.

Each class is one hour with "breather" breaks in between.

We are interviewing for Nia teachers and substitute teachers. If you are interested, please email us.

The Music in Nia fosters a meditative state. 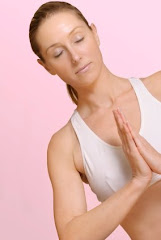 Where in Castle Rock are We Located?

We are literally 2 minutes west of the highway (Interstate 25) at the Wolfensberger exit (Exit 182). We share space with Castle Rock AIKIDO.